Many movies, particularly in the 70′s were relased under more than one title.  Foreign films are particularly vulnerable to multiple names.  Even the 1922 German silent “Nosferatu, Eine Sumphonie des Grauens“ was known in English as both “Nosferatu” and “Terror of Dracula.”  The 1973 Spanish “El Gran Amor del Conto Dracula” was released under five English titles as – “Cemetery Girls“, “Cemetery Tramps“, “Dracula’s Virgin Lovers“,  “The Great Love of Count Dracula“ and “Count Dracula’s Great Love.”

The second thing to watch for are movies released with the same title, but completely different movies.  “Kiss of the Vampire”, for example.  Made in 1963, 1999, and 2009.  Not remakes, completely unrelated and different. 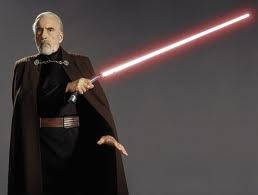 or Sarumon from The Lord of the Rings. 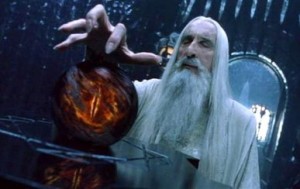 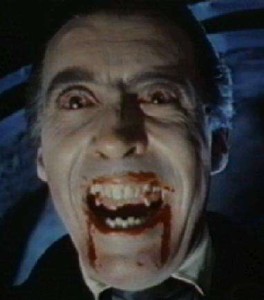 Challenge and conflict make life interesting.  For Dracula, that challenge was most effectively presented by his expert foe, Dr. Van Helsing.  Another Star Wars familiar character is Grand Moff Tarkin, commander of the first Death Star. 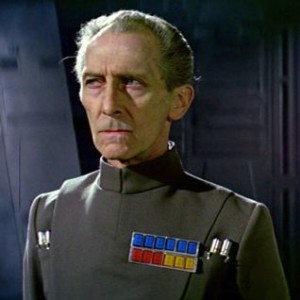 Long before Peter Cushing was the Grand Moff, however, he was Dracula’s expert foe.

Cushing played professor Van Helsing 6 times.  5 of them with Christopher Lee as Dracula.  In real life, Lee and Cushing were good friends.  All in all, they appeared together in 19 movies.

In reality, vampire bats are tiny, bodies not much bigger than a mouse.  Early European explorers of the tropical Americas heard tales from the locals about blood sucking bats.  Not knowing anything about the vampire bats, they thought all the bats were vampires. 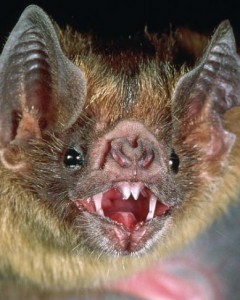 This misconception carried over into early vampire movies such as 1933′s “The Vampire Bat”  which features a huge (vulture size) bat.  Even as late as 1960 in the French film, “Blood and Roses”, one of the learned characters says the line “You mean the very large vampire bat?” 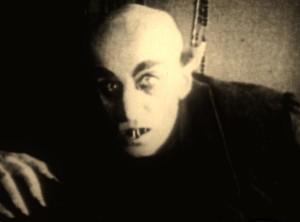 Later movies dropped the incisors for the more fearsome looking canine fangs.  In reality, vampire bats are timid and use stealth, similar to a camel spider, when they feed.

A familiar, sinister pose for a vampire creeping up on it’s prey was the vampire concealing himself with his long black cloak and peering out over his elbow.  The origin of the pose goes back to 1958 in “Plan 9 from Outer Space.” 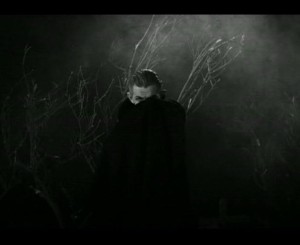 Bela Lugosi, famous for his 1931 portrayal of count Dracula, played a vampire looking ghoul.  Bela died half way through production of the film.  Director Ed Wood, famous for his inattention to detail, decided to finish the film with another actor.  But instead of re-shooting the scenes Bela had already done, he had the replacement actor cover his face. 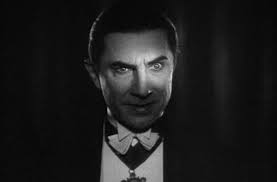 Bela Lugosi (1882-1956) became the iconic image of Dracula imitated by Count Chocula and Sesame Street’s Count and many other remakes of the vampire.  He was chosen for the 1931 movie role when Lon Chaney Sr. died.  At the time Lugosi could not speak English so he learned his lines phonetically, which is why he spoke them so deliberately.  His Hungarian accent was real, as it was his native tongue.  His accent, looks, and mannerisms became the standard for Dracula.

Wladislaus Dragwlya, was a Hungarian prince who, after Wallachia was anexed by the Ottomans (Muslim empire), allied himself with Pope Pius II appointed crusader to drive the Ottomans away.  He practiced impaling his conquered foes in order to strike fear into the hearts of would-be attackers which earned him the nickname “Tepis” (impaler). 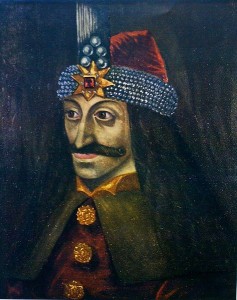 His father had been inducted into the German “Order of the Dragon” and took the name Dracul (Dragon).  He himself took the surname “Dracula” (son of the dragon or little dragon)  Bram Stoker discovered him after years of research and decided to change the name of his vampire star from “Count Wampyr” to “Count Dracula” and, almost as an afterthought, added a few details from Wladislaus’ life.  Other than that, Dracula, the vampire, has no relation to Dracula, the Hungarian prince, national hero, and military conquerer.